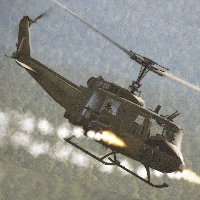 Just thought I would mention that I believe I have been scammed out of $850. A member on this forum, Heliport, listed a set of Bose A20 bluetooth headphones for sale which seemed normal enough except that there is no evidence he has posted anything other than a picture of a docket number that the carrier (Canada Post) does not have any history for. The tracking number isnt in the correct format for their system (I called them) and they also say a tracking number is ALWAYS provided for insured parcels, which the seller charged me $50 for.

This is on top of questionable English grammar and his paypal name not being the same as his email name (the name leads to some Indonesian man on facebook).

I have filed a dispute with PayPal, so hopefully the money is recovered. Of course, I could be wrong and a parcel containing Bose A20s might show up at my door, but I'm not holding my breath.

According to his past posts, he has attempted to sell a total of 3 Bose A20 headsets on this forum in the past: Has anyone confirmed he is legitimate?

I'm feeling a bit silly, but truth be told the sale looked legitimate right up until payment was made to an odd name and postage couldn't be proven.

Hope you paid by credit card, at then you may be able to get your money back from the CC company.

As always with anything on the internet, buyer beware. The world is full of sh1t sucking scammers out to seperate you from your cash. If it looks to good to be true, it probably is!
Top

Thanks for letting others know and sorry to hear you’ve been scammed. The username has been banned permanently though it doesn’t prevent them from starting up another username and trying again.

Please take extra care to confirm the voracity of someone’s identity and what they are selling. Little things like a calling a work number to reach a person, checking their licence and email details add up or having someone close by collect the package in person for you etc.

Going to add to this, I've been talking to BravoAlpha07 about a helmet. His location keeps changing when I ask to have a mate come and look at the helmet and he won't give a contact number.

Email address is from a Russian domain and the English is questionable.

However he has a bunch of photos that look legit and a good understanding of the helmet, so I wasn't sure.
Same username is selling a different helmet on vertical.

Yeah some tips from a mate is when asking for photos have them write their name on paper next to the item to ensure it's not a photo from Google, or otherwise use a reverse Google image search to see if the photo exists anywhere else on the internet.

Use PayPal for the payment and make sure the parcel is insured and you have a legitimate tracking number.

In my case, the PayPal dispute claim seems to have scared the guy and he's agreeing to a full refund.

He was a bit upset in the email and said that the headset was in singapore and almost delivered, to which I said "how do you know where it is if theres no tracking number?". I also said I would drop the claim if he would prove he paid for the shipping, either receipt or bank statement, neither of which he has provided. Still 0% proof the parcel exists and the story is contradictory in parts.
Top

Sorry to hear you nearly got caught Chang739. I do have a set of Bose A20's for sale 2nd hand if you are interested, happy to provide plenty of proof that I actually exist as well

PM me if you are interested, I don't check in all that often that's all, so give me some time to respond.
Top

I'm glad this topic has come up as I feel I have been scammed too. I bought a helmet for $2000 of a guy from bladeslapper by the username of SJR via paypal.

I'm an aussie living in Canada, after I bought the item he sent me proof of the customs declaration from singapore, but has failed to reply to any emails I have sent him after payment almost 2 months ago, so I'm started leaning towards a scam, which didnt really cross my mind at first as I thought "who was scam someone using a flight helmet?"

Looking for some advice as I've never been scammed before and I feel like a bit of a fool.
Top

I fear I have fallen victim to a similar scam from this forum, with an almost identical story.

Mid march I purchased a Gallet 250 from a man off Bladeslapper whose email and paypal were two different addresses, english was hit an miss but he seemed to know what he was talking about so eventually i went for the deal and since the purchase he has not responded to me on several email accounts. Unfortunately i believe this deal was too good to be true and i have been scammed over $2k.
He apparently sent the helmet from Singapore, i payed extra for insurance but didn't get a tracking number. He sent me a picture of the custom declaration, but there is no way of being able to find out if its real without a tracking number.
I've sent him a few emails now asking for more info and threatened to make a claim via paypal but he has not responded, i got it sent to my work address in Canada but now its almost been 8 weeks. without him replying i have no way of knowing if the helmet is in the post or if it was legitimately a scam, how long do i wait before i make a claim?

Yup, confirmed this BravoAlpha07 guy is a scammer.
Locations started out as Townsville, then went to Singapore.

Asked some questions on vertical about the helmet listed there and he replied to me using my full real name as his "assistant's" name (must have got it from my email when I asked for photos).

Return to “For Sale”

Users browsing this forum: No registered users and 1 guest